Bushcraft is the usage and practice of skills, acquiring and developing knowledge and understanding, in order to survive and thrive in the natural environment.

Jeff Allen and Marco Priori, two leading figures on the international outdoor scene shared their experiences and knowledge with us. Let’s have a chat with them!

In outdoor experiences of one or more days it is common to meet people with huge backpacks full of “things” they will never use and with more than double the amount of food needed.

We are used to finding everything easy, ready, built and packaged, easily obtainable with  money.

The reason why we often carry unnecessary equipment and weight is that we are no longer aware of what our primary needs are and we no longer know how to get what we need ourselves.

I want to personally thank Marco Priori and Jeff Allen, bushcraft experts at an international level, for accepting my invitation to participate in our blog!

Marco and Jeff will help us understand what are the skills to independently approach outdoor experiences in nature, whether it is the wild one in remote areas or the one close to home within everyone’s reach.

How did I get to know Jeff and Marco

The words Survival and Bushcraft are depopulated on the net, experts, groups, sites and  forums extensively deal with the topic.

During my personal training I had the pleasure of being illuminated by Marco Priori’s Natural Survival  vision during the Red Fox course for the terrestrial part; by Jeff Allen‘s approach to the expeditions  during the ISKGA “Expedition Skills” course for that linked to the sea.

Two characters whose lifestyle is in symbiosis with nature. Speaking with them one has the feeling that experience, knowledge and skills are merged together in a single block that no longer needs definitions.

Jeff and Marco do not know each other personally and they live thousands of kilometers from each other. Surprisingly, as you will read along, they will guide us in common thoughts, with many similar traits.

Jeff Allen, does he need any introduction?!

Jeff Allen for sea kayaking enthusiasts needs no introduction. It would take books just to talk about his expeditions such as the circumnavigation of the 4 main islands of Japan, South Georgia, Ireland and the many expeditions to Alaska and Norway.

Jeff Allen started kayaking as a young man in Scouts, when he was around 7 and 8, then later in sea cadets and then as a young British Army soldier.

Jeff’s time in the army allowed him to further develop his love of the outdoors and when he left the army in 1987 he moved to Cornwall to study traditional boat building in Falmouth where it is still based today.

In 2012 Jeff founded the International Sea Kayak Guide Association, I.S.K.G.A. , an organization representing the needs of established and aspiring commercial Sea Kayak guides around the world.

Founder and owner of Expedition Paddlers offers expeditions focused on the freedom to explore remote coasts independently, carrying only the essentials for oneself and the group by integrating while proceeding with fresh fish, food collected along the shore and only occasionally visiting inhabited areas to refuel of what runs out.

Hi Jeff, during your personal expeditions and expeditions with clients you spend a long time in the wilderness in remote zones. Which skills and knowledge do you think are the most important to live days among nature or just for a day at sea? How can a newbie approach these skills?

When we start out learning something new, something we have an obvious passion for, we quickly progress past the basics. Without necessarily making these basics strong, second nature. But it is in the basics, where comfort in any outdoor activity lies. These are the foundations, the bedrock of all that we do.

We become enamoured with that elusive technique, quite often these glitzy techniques or pieces of equipment will lead us astray, before we have addressed our weaker left side roll or hanging draw. My advice to anyone involved in the outdoors, is to develop a very strong foundation in what you do, whether this involves a paddle stroke, or lighting a fire in the rain. Look for the opportunity to practise these basics many times, making them instinctive, a second nature.

When I light my fire at home, I use my flint and steel, I make feather sticks and I go through the same process as if I am on expedition. I have learnt how to conduct a low brace whilst bongo sliding down a three foot wave, one handed, positioning the other part of the paddle shaft beneath my buoyancy aid, so that I can recover a split as it comes loose from the elastic. These things only come natural when you are comfortable with the basics.

In the martial arts my sensei used to say:

We have to train through the boredom stage that sometimes sets in when we wish to progress on in a sport.

We want to collect paper certificates that disintegrate in the rain, rather than embed miles beneath our keel.

Once we have the strong basics, we become our own teacher, the basics along with Neptune (the environment) starts to open its doors, revealing secrets that no man knows. This information enters our kayak soul and is hard to pay forward – it’s like gold dust.

Marco Priori thanks to his training and long experience founded the Natural Survival™, the new naturalistic current in which a profound awareness is acquired by living in contact with Nature thanks to survival techniques, mimicry, tracking, naturalistic ethics and the Natural Sciences.

He is Advanced Master Instructor and Responsible for International Relations of the Italian Survival Federation.

He present the SURVIVAL column in the Italian television show Arca di Noè  and was among the collaborators of the English magazine BUSHCRAFT & SURVIVAL SKILLS MAGAZINE and the Italian one SURVIVAL MAGAZINE.

Hi Marco, based on your experience, what do you think are the fundamental knowledge and skills to be able to fully experience a long expedition or a simple day outdoors?

In my experience, people are not measured by their acquired skills but by how much they know how to let themselves be carried away by their dreams. This is how I evaluate the growth potential. In many people the detachment from the natural world has dulled the instinctive stimuli that are difficult to awaken. Yet they are there, waiting.

The dream of giving life to an adventure, an expedition or a particular excursion allows you to find that motivation to shake yourself up. It is one thing to want to learn techniques to show yourself to others, another is to want to make them part of your lifestyle. Even though what I teach could allow you to return to “living in caves”, that is not my aim. Every moment of life is a gift that is hardly appreciated for its true value. Why? Because we are attracted and distracted by the anxiety of what will come without dwelling on the present moment.

The ability that most of all must be internalized is that of letting go, not resisting or fighting situations but feeling part of them. The Roman philosopher and emperor Marcus Aurelius once wrote: “Nothing happens to man that nature has not been trained to endure”. Yet we hear all the time talking about the “struggle for survival”, “hostile” nature and so on …

This reading is typical of a humanity now detached from the natural world, physically and psychologically encapsulated in its “modernity”. And so the backpack (and its contents, regardless of whether it is “useful” or not) become like the air cylinder for a diver, or something that if we were to lose it would suddenly condemn us without the possibility of appeal. What I have learned in all these years of observation and contact with the natural world is that out there there is not a “struggle for survival” but a progressive transfer of energy to which we give the name of “Life”.

“Into the Wild”: when beliefs condition the existance.

I want to give you an example that is known to many. As you know the story of the movie “Into the wild” is taken from real events that happened to a boy named Christopher McCandless. Upon his arrival in the forests of Alaska, he feels full of energy and in total harmony with the nature that surrounds him. He is making his dream come true. A harmony that at a certain point he feels he wants to share with the people he loves. Well, walking back along the path she discovers that her certainty of being able to go back as she pleases vanishes, kidnapped by the rushing waves of a raging river. The psychological impact of not being able to wade in is so strong that the boy feels trapped in Nature. The place that had hosted him in that idyllic situation, even if he did not have strong knowledge of survival, is then seen as a cage. This idea will drag him away.

What has changed in the place where Christopher McCandless had lived for almost three months? Nothing. The difference lay only in his certainty that he could not go back when he wanted. His beliefs have conditioned his existence.

In a dangerous situation, after an accident or an unforeseen event, the first thing is to stop for a moment, sit down, close your eyes and breathe Nature. Only later will you dedicate yourself to reasoning. It serves to control and calm your fear and thus escape the panic trap. Statistically, a person lost in Nature can die within two or three days when he is in a panic.

Acquiring the ancient skills such as creating a shelter exclusively with natural materials, collecting and drinking water, lighting a fire with the only use of vegetables found on the spot and knowing and recognizing plants, animals and their traces makes you independent from this that you carry on your shoulders. And if instead of learning them you will know how to interiorize them, then you will discover that they are the way to a great Awareness. This is precisely the reason why the first steps of a small or large adventure take place: to pursue one’s desire for knowledge and awareness, in the woods behind the house as in the boundless North American forests. Natural Survival awakens this Awareness.

Thanks again to Marco and Jeff on behalf of all the Outdoor Portofino staff and blog readers.

These words are an important lesson and have guided us all towards The Great Awareness through the importance of the HOW rather than the WHAT, of interiorizing instead of just learning and searching for the magical blend of man and environment.

If you feel like getting closer to this lifestyle, start by exploring our experiences ideals for beginners!

I do not know about you but I have again felt the desire for adventure indiscriminately whether it is at sea, in the woods behind the house or in distant places. 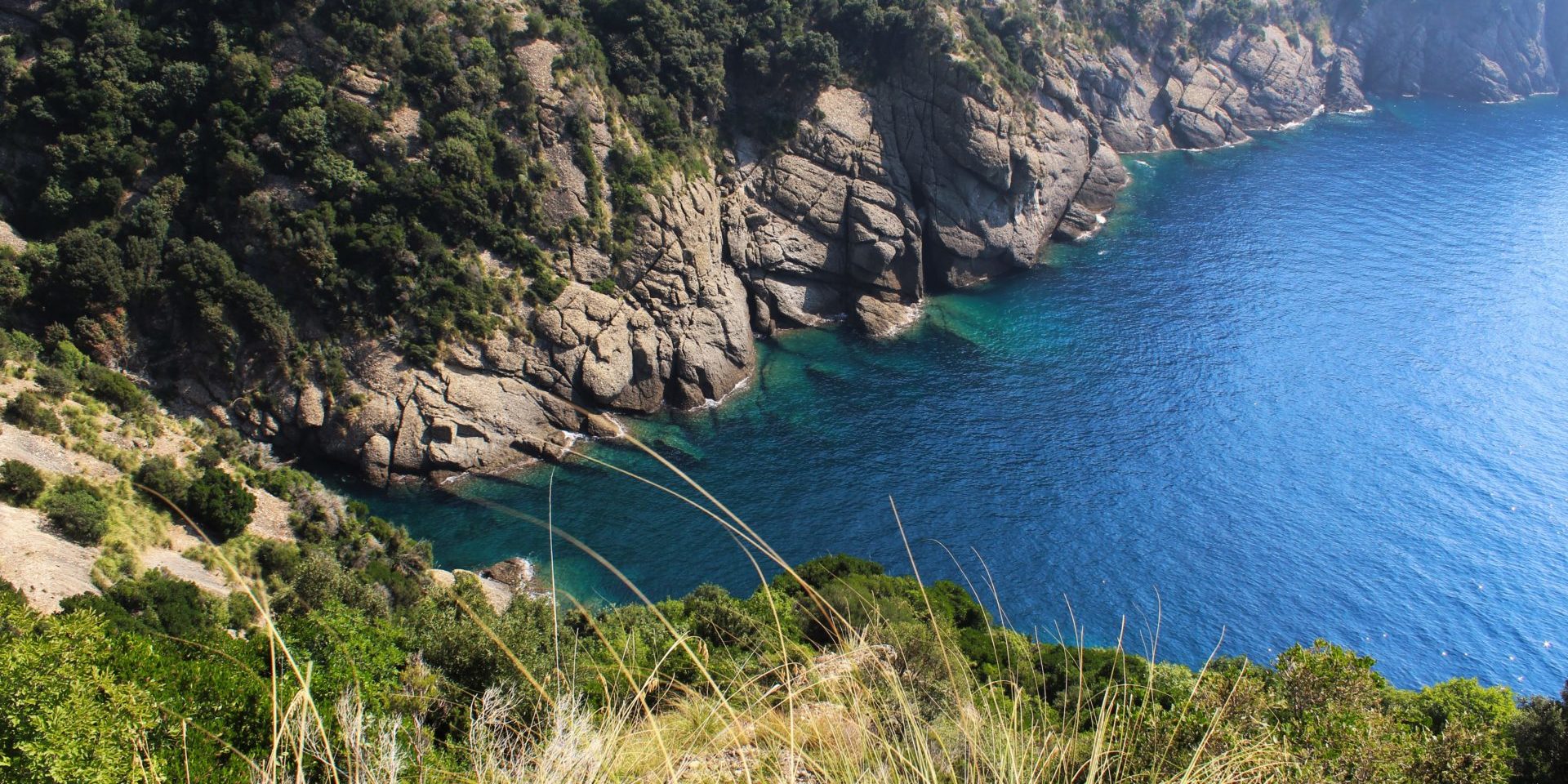 Portofino Park: guide for your next adventure
October 20, 2020 - Alessandra Tixi 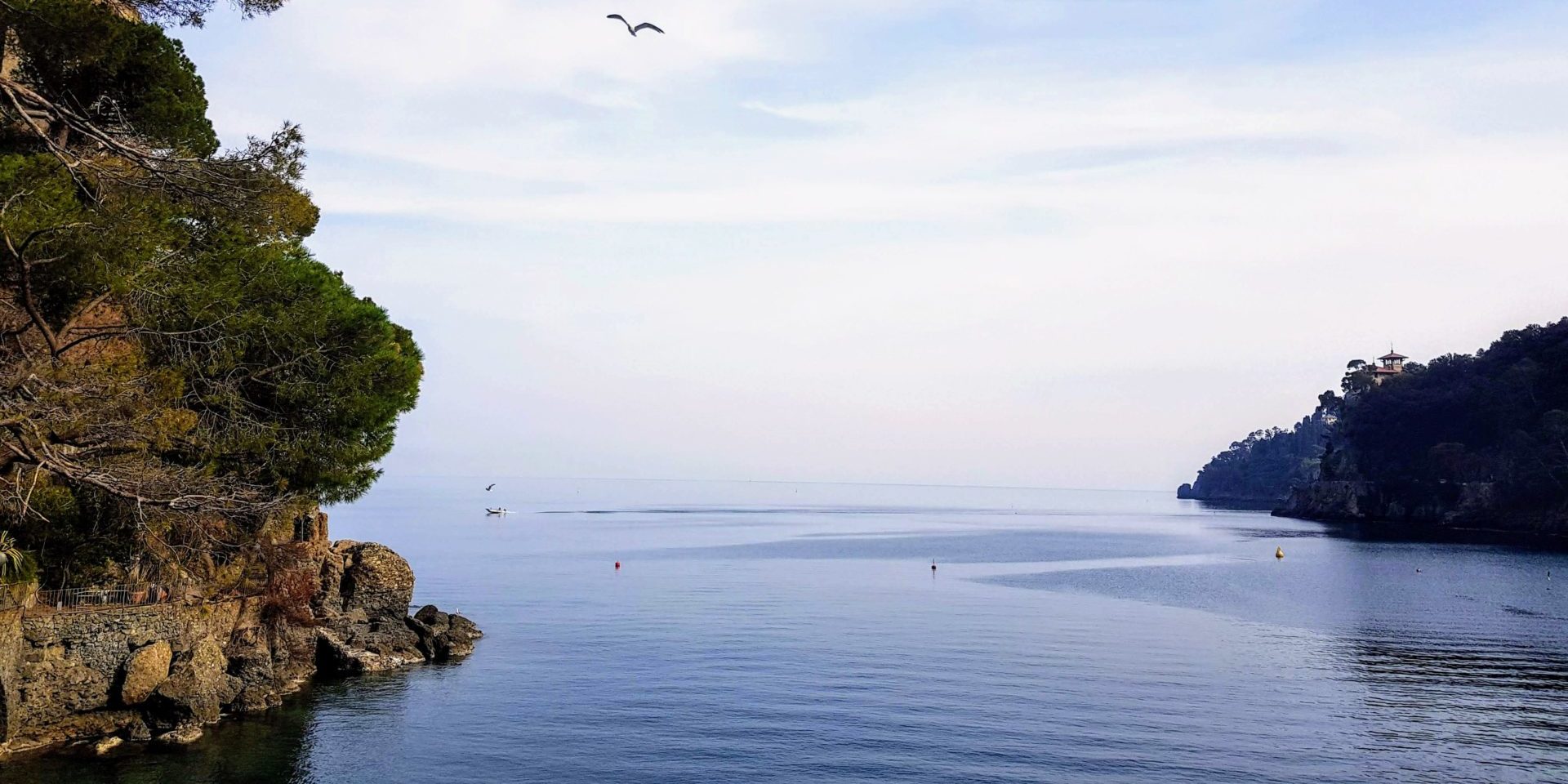